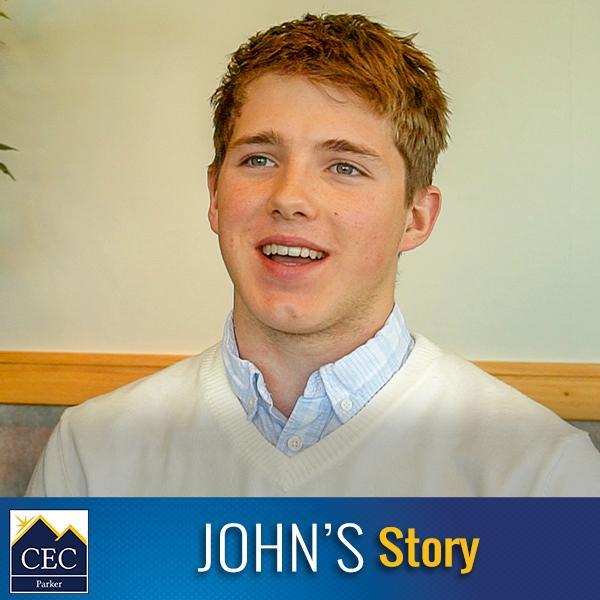 When John and his dad heard about the opportunity CEC offered, to earn an associate degree in high school, they thought it was too good to be true. After finding out from other people that it was really possible, John moved to Colorado from Kansas and started attending classes.

What he found was a school that held him to a higher standard, demanded professionalism from students and in turn offered the support and systems to get wherever it is you want to go after high school.

After exploring several options and different paths, John has decided to pursue finance and hopes to study at University of Pennsylvania. A CEC staff member and UPenn alum was able to connect John with other people at the school and help him get on the right track.

John has appreciated how CEC doesn’t have cliques, and how open and accepting people are of each other. “Everyone is focused on their future and on their academics, and we motivate each other and help each other get through classes,” he said. “It’s professional, but at the same time it’s light hearted and fun.”

At his former school, John would regularly dress in athletic shorts. He’s learned to appreciate the higher standard of dress at CEC and the respect the teachers and students have for each other, and found that it’s even influenced the way he communicates, inside and outside of class.

“They create a professional environment that’s more like what you’ll need to be accustomed to in your future career,” he said.